Now that some of the excitement of the Dow Jones Industrial Average reaching 20,000 for the first time ever has subsided, do you have a strong trading plan in place? Now that the Dow has taken some serious steps back from its high point, many traders are skeptical of what to do next. Will the Dow keep pulling back? Will it bounce back and forth, with 20K as a relative resistance point? Or will it move sideways as consolidation occurs while investors weigh earnings and political events?

Likely, the latter is most likely for the short term, at least until something happens to shake stocks out of their current trend. Much of the excitement of a Trump Presidency has worn off, and now that earnings season is upon us, many investors are drawing back from their positions, taking the big gains that they have already realized so far this year. It has been a very strong start to the calendar year, and now people are beginning to be cautious. Once the Dow crossed over into unknown territory, this protective feeling toward gains only increased.

It’s very easy to want to pull back from your long trades after a huge milestone like this has been surpassed by a major index, but looking at what the Dow represents can actually be a good guide for finding other long trades. The Dow is the most often cited index in the United States because it is representative of a wide range of large industries and is supported by some of the biggest companies in the world, but it actually is only comprised of 30 different stocks. And while it is indicative of the economy as a whole, it is not the most indicative. This is an honor that is reserved for the S&P 500. Currently, the S&P 500 is experiencing much of the same drops in price that the Dow is experiencing, but it has not received nearly the same kind of acclaim that the Dow has.

Why is this? Well, for one, 20K is a much more exciting number than 2,300 is. That’s the high point that was achieved just a couple weeks ago. As of this writing, the S&P had settled at around 2,278.

Earnings are important to watch at this time if you are looking for new trading opportunities. In the excitement of prices rising across the board, it’s very likely that many companies found themselves moving into price territory that they did not deserve to be in. These companies are considered to be overvalued, and as more earnings are released, these things will be revealed. However, many companies do deserve to be at the price they’re at. And it’s very likely that these situations will also be revealed. If they are major companies, you can even trade them as they keep rising in the binary options market, allowing you to take smaller positions and spread your risk out over time.

The same goes with major companies that are overvalued, too. By taking out smaller put options on these, you can realize a profit as they settle back down to the price that they should realistically be at.

Mixing in this fundamental approach with trader psychology and a strong understanding of technical analysis will outline a good approach for how to trade individual stocks over the next few weeks, especially as indices continue to move sideways. This is true of binary options trading and CFD trading, of course, but it is also relevant if you are a day trader in the traditional sense. With higher stakes you just need to be more aware of the risk that is involved.

For the first time in about a decade, Apple saw a decline in earnings. In the aftermath of this announcement, Apple dropped 3.0 percent almost immediately in afterhours trading. Once the new trading day officially began, the actual decline that Apple saw was a bit less—just 2.25 percent. Many analysts are extremely troubled by the fact that Apple saw this decline, but although it makes for great news stories, Apple’s drop should be seen not as a major failure, but rather as an opportunity for you to position yourself to create a profit.

There are a few ways to do this, but we will take a very general look at it. First, the panic of the news that Apple saw a decline was what led to the majority of its drop in price. Apple fell from $118 and change to a closing price of $115.59 on Wednesday, October 26th. END_OF_DOCUMENT_TOKEN_TO_BE_REPLACED

The IMF has recently downgraded its assessment of the Japanese economy, indicating that Japan’s economic growth in 2016 is likely to be worse than what was originally expected. Bank of Japan comments reinforce this view. In order to help alleviate these problems, things like negative rate expansions have been considered, BoJ meetings indicate. Further quantitative easing is also being considered.

The economic picture for Japan is not very good right now, which would lead many traders to believe that going long with the yen is a good way to take advantage of this in the Forex and binary options markets. However, the evidence that we’ve seen so far isn’t very supportive of this path. The yen has seen its shares of struggles, especially against the US dollar, and a long term trend for the yen is still up in the air. END_OF_DOCUMENT_TOKEN_TO_BE_REPLACED

According to market analysts, the Australian dollar currently has a neutral forecast. Against the U.S. dollar, the AUD has been showing some strength lately, but this was done ahead of the U.S. jobs report for the month of January, and it took into account the fact that many traders believed that the Fed would raise rates again. Jobs reports were weaker than December, but still better than expected. And the Fed did not actually raise rates. This forced the Aussie back off of its one month high against the USD, and back down to where it was.

What the AUD does in the next few weeks against the USD is dependent on U.S. policy right now. The Australian market has declined a bit thanks to falling commodity prices, END_OF_DOCUMENT_TOKEN_TO_BE_REPLACED

Deflation is largely considered to be a destructive force. Our economy, and Wall Street in particular, is based upon the concept that growth is the only option. Since the end of the Great Depression, each of the major indices in the United States has increased dramatically. The average rate of growth has been about 3 percent, give or take. People investing money for retirement, either by putting money into a company 401(k) or in some other manner, rely upon this fact every single day. The market might not move upward every month or even every year, but given a big enough picture, prices keep moving up. In this sense, deflation would be catastrophic.

However, a manner of deflation that is currently ongoing is actually a pretty good thing. END_OF_DOCUMENT_TOKEN_TO_BE_REPLACED

Greece, the Fed, and the U.S. Economy

The next few weeks will be interesting for international investors. Right now, Greece is the main focal point of concern as Europe reacts to the ongoing debt crisis, but the immediate focus will soon be shifting to Janet Yellen and the U.S. Federal Reserve. Ongoing developments in the U.S. and world economy are getting independent experts to think that the Fed might be rethinking some of its earlier plans about raising interest rates.

The Global Chief Investment Strategist at Citi Private Bank had an interesting, and very realistic, perspective on Greece and the impact that it will have on the world economy. His basic words were that Greece is a small market, and doesn’t have a huge impact on the European economy, let alone that of the entire world. While U.S. markets are responding to the issue now, it’s not likely to stay that way for long. END_OF_DOCUMENT_TOKEN_TO_BE_REPLACED

Looking to the AUD’s Fundamentals

The United States isn’t the only country that releases a monthly jobs report. Most major nations do this, and they can help you to get a jumpstart in your Forex trading. They are solid, hard pieces of data that have a real impact. Just as the U.S. government’s release of jobs data affects the stock markets, when a country releases job and unemployment data, the world reacts to this information. Sometimes the data is exactly what’s expected, sometimes it’s a surprise. For Forex traders, this means a chance to make even more money by having superior information.

Let’s look at the Australian dollar as an example. Job data for May is a good indicator of the health of the nation. It was expected that the data would stay flat with an unemployment rate of 6.2 percent sitting consistently from the month before. The most current data was much better than expected at 6.0 percent, although there is some debate over whether or not this is actually accurate. END_OF_DOCUMENT_TOKEN_TO_BE_REPLACED

Hedge funds are typically seen as places where only the wealthy put their money, and this is a correct assumption. You need to have a net worth of over $1 million to legally be allowed to invest in a hedge fund, and this excludes the vast majority of us. However, just because we can’t invest our cash into a hedge fund does not mean that we cannot take a similar approach to trading with our own personal cash. 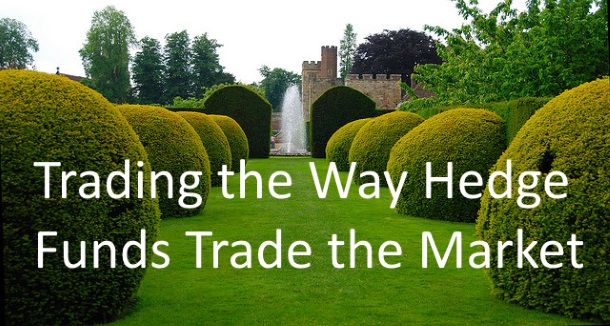 First, let’s look at what makes a hedge fund special. Hedge funds are private funds. They are designed to make cash in any type of market. And they often take unconventional approaches to make this happen. These funds can be comprised of stocks, but they are not limited to them. A lot of managers focus on currencies and commodities, too. Some focus solely on these things. The legal restrictions on these funds are much less because of the high barriers for entry into them. END_OF_DOCUMENT_TOKEN_TO_BE_REPLACED

Everyone puts money into the markets for the same reason: to grow that money. After that, individualized goals can vary a little bit. Some people want to have their extra money keep up with inflation. Some people just want to outperform a savings account. Others want to beat market growth and have as much money as possible. Odds are, you probably fall into this latter category. That’s where trading comes into play. Trading involves short term trades that aim at beating the market by taking advantage of small chunks of time where prices are moving faster than normal. It’s an admirable goal to try and beat the market, and it is possible. But, it’s also very difficult to get your timing just right in order to do so.

A lot of people think that mutual funds are the way to go. They are managed funds; meaning, someone else does the work for you. You just need to look at what their past returns are and go with the best one, right? Nope. END_OF_DOCUMENT_TOKEN_TO_BE_REPLACED

The Facebook stock has been in the news a lot, lately, and not always for good reasons. Its price has been especially difficult to predict recently, even when it seems to be going in a very clear direction. It’s dropped over $5 in the past week, but before that, it spent the last six months making steady gains, a bit over $20 worth of profits. A lot of this is because of the fact that Facebook has said that its operational costs may increase by as much as 70 percent next year, and that spells trouble for the investors that are currently positioned long within the company. 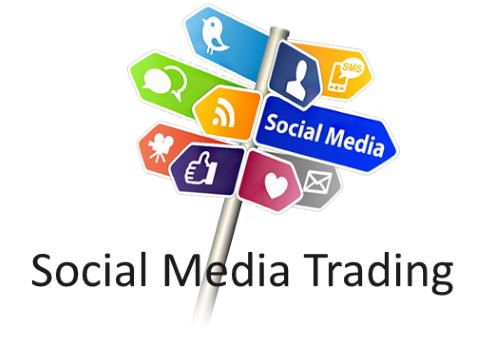 As a matter of fact, the entire sector seems to be having some major difficulties. Even the giant company Google is struggling, and they are one of the largest of the social media companies, better positioned than almost any other social media stock out there. If Google is down almost $40 off of its high for the year, then there are big signs of trouble ahead for the entire sector. END_OF_DOCUMENT_TOKEN_TO_BE_REPLACED