When Should You Trade

Once you observe the markets for a while, you will discover that some times of day are better than others in which to trade. By learning these times, you will be able to focus your energy on the moments that will make you the most amount of money, rather than spending time on parts of the day that are not as productive. It will help you conserve your time, energy, and money, and it will also help you to boost your profit rate at the same time.

Not all markets have the same best times to trade. Because you want to focus on the moments that will be most beneficial to you, the times of day when trading is at its highest volume are likely the times where movement will happen most quickly. 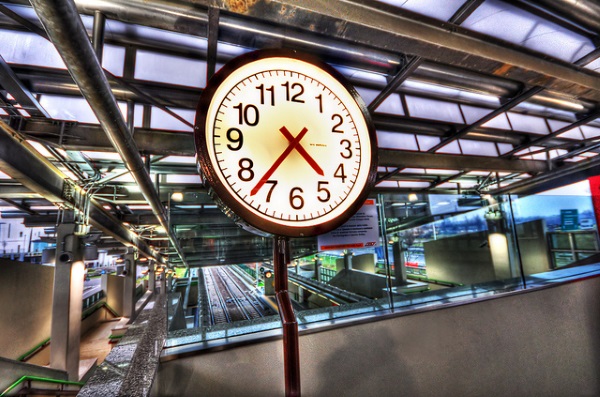 You Need to Pick a Time to Trade the Works for You. There are usually three different times that work best.

The times are set in stone for the U.S. stock market, and most people are pretty aware of them: 9:30 am to 4:00 pm, Eastern time. However, this is but one of many markets that are traded in around the world. If you’re not trading directly with a U.S. stockbroker, your trading times are going to be different. This is true even if you are trading stocks through a binary options broker. Usually, the first 30 minutes of every day are the busiest within the stock market, and because of this fact, most binary brokers will not allow stocks to be traded until 10 am Eastern. Indices follow the exact same schedule as stocks, both through the stock market and with the 30 minute delay in the binary market.

The Forex market is quite a bit different. Currencies are traded around the clock because it’s not limited to a single geographic location, but you will notice that some times see heavier volume and more movement than others. These typically occur during the opening hour of each of the world’s three major trading centers: Tokyo, London, and New York. We know that New York opens up at 9:30 for stocks, but, for currency trading, the market usually is active starting at 7:00 am Eastern Standard Time. Currency traders tend to get started earlier in the day, as you can see. In London, the currency markets pick up at 7:00 am Greenwich time, which is 2:00 am New York time. And Tokyo’s markets tend to begin their daily activity at 8:00, which is 6:00 pm EST.

This means that there are three hours of the day when currencies are at their peak, as shown on the charts on this site. The U.S. dollar is almost always traded during these times because it’s the world’s most heavily traded currency, but the British pound sterling and the euro are traded mostly during the London session, while the Japanese yen is at its peak during Asian hours. This allows traders to formulate an effective plan for their day. The markets are pretty consistent for both traditional Forex traders and those that trade currency pairs through a binary options broker.

Commodities also tend to be market dependent, but they usually do not have fast movement, making trading during peak volume hours a necessity if you want to make money. The trick is to find which assets are traded where. For example, steel is huge in China right now because of their growing infrastructure, so its likely that volume will be highest during Asian trading hours. Just remember that a lot of U.S. traders must go through Chicago’s commodity market, so this also tends to be a popular time for traders based here.

Really, if you want to consolidate your trading day to certain key times, you need to study your assets of interest and see where they fall in the world’s trading day. Once you figure this out, you will be able to schedule things so that you are focusing your time where it will help you most, and stop wasting the rest of your day when trading will not help you as much. This will allow you to use the extra time to better prep for your trading day and make sure you are making the best decisions.